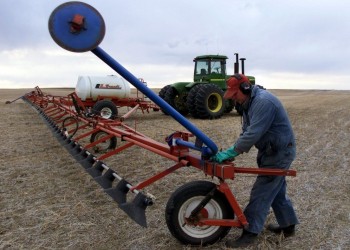 As Canada’s farming sector is embroiled in a heated debate around farm safety, the chair of the Canadian Agricultural Safety Association (CASA) says increased federal funding for prevention programming needs to be included in the next agriculture funding framework.

“Everybody says safety is important to them – and they mean that,” Bennett said, but, “they still push the limit.”

“Even though farmers will say safety is important on their tractor, they will still go one more row, even though they’re dead tired and they can’t see properly – the job has to get done,” Bennett said. “And, that unfortunately, is when something happens.”

Raising awareness, she said, is key. Resources need to be made available to help identify if machinery is safe and to identify potential hazards and risks. “Just how to do things differently to ensure no one gets hurt or killed.”

“If what we do saves one life on any given day, it’s worth it,” Bennett said, adding CASA is hoping for a meeting with Agriculture Minister Lawrence MacAulay in February, when the association’s board meets in Ottawa for their annual meeting.

Under Growing Forward 2, CASA’s funding shrunk to $3,284,252 in total funding – or $656,850 per year. Canada’s agriculture population, according to Statistics Canada, is 659,709 people. That means, per person, CASA’s current level of federal funding “averages out to about a $1 a person,” Bennett said. In comparison, in 2004, agriculture‐related injuries in Canada cost $465 million.

While Bennett said farm fatalities have been declining, farm deaths continue to make headlines – notably in Alberta, where four children have died in farming-related accidents in the last six weeks.

Thirteen year old Catie Bott, and her twin sisters Dara and Jana Bott died in October after they were smothered by canola while playing on a grain truck on their family’s farm in Withrow, Alta during harvest. Their deaths captured national attention, with hundreds attending their funeral.

A month later, on November 21, 10-year-old Joseph Stahl died when the fork lift he was driving on a gravel road rolled into the ditch, pinning him underneath. Stahl lived on the Lougheed Hutterite colony near Killam, Alta.

Asked whether she thought improved prevention might have helped in preventing the recent fatalities, Bennett said, “I can’t say one way or the other. Would it have helped them? It might have. I would like to think that it might have,” she said.

The Increased Protection for Farm and Ranch Workers Act, or Bill 6, make changes to the province’s Occupational Health and Safety Act, the Workers Compensation Act, the Employment Standards Code and the Labour Relations Code.

The legislation would remove current WCB and OHS exemptions for farmers and ranchers. As of January 1, WCB coverage would be mandatory on all farms and ranches. Producers would also be required to comply with the province’s employment standards, including those around work hours, holidays, employment of children and minimum wage.

The bill would also allow farm workers to unionize and bargain collectively.

Thousands of farmers and ranchers have signed petitions protesting the legislation, arguing the bill is being rushed through. Federal Conservative Agriculture Critic Chris Warkentin has called on the Alberta government to pull the bill, consult with farmers and then reintroduce it after consultations have been completed.

That kind of legislation, Bennett said Friday, must be backed by increased farm safety training. “To be brutally honest, with something new like this, being able to pick it up and run with it — to be able to comply with the new regulations is going to be a huge challenge,” Bennett said.

Statistically, farming is one of the top three most risk-filled industries (fishing and forestry round out the top three). Nearly 2,000 Canadians have died in on-farm accidents between 1990 and 2008, CASA said in its 2012 report on farm fatalities. Of those killed, 47 per cent were farmers and/or farm operators, while a further 14 per cent were their children. Another 11 per cent were hired workers.