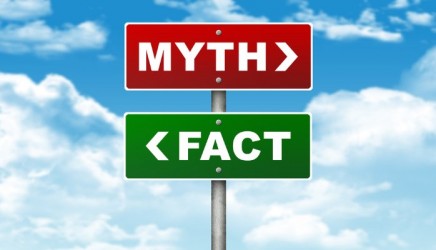 The clever brains at the University of Exeter have been hard at work – to uncover a massive breakthrough: what’s really going on behind those totally off the wall myths.

We’ve heard them all. Cancelled Christmas lights. Playground games being banned – from kids’ playgrounds! Even bans on knives in kitchens.

Ridiculous as they might sound, the more serious upshot of these is that people are less likely to take real health and safety issues seriously.

Which can have dangerous – if not life-threatening, consequences.

So what’s behind the myths?

The University of Exeter’s research found that a whopping 39% of myths had one big cause at the bottom – plain old ignorance.

When staff aren’t properly trained and educated on the appropriate rules and regulations for health and safety, it leaves the door wide open for all kinds of misinterpretations.

While they might be coming from a well-intended “better safe than sorry” mind-set, some of these made-up rules can cause more harm than good.

Fear of getting sued

I hate to say it, but we do live in a bit of a compensation culture.

And the thought of getting sued by a disgruntled customer gives a lot of companies the jitters.

Using health and safety as a front to avoid confrontation is a really poor excuse. Sometimes beneath the covers of a nutty “health and safety” rule is plain old poor customer service.

So if you’re tempted to cover up bad service – buck up! Don’t get lazy; deal with the underlying issues instead.

We know. Purse strings are tight, and all that.

And rather than being seen as the miserly Scrooge, it’s so much easier to put the blame on nasty old Health and Safety instead.

But making up ridiculous excuses to save some extra pennies won’t do you much good, as it may make people less likely to take genuine health issues seriously.

If you thought some of the myths we hear were strange, the realities behind them are even stranger.

Take the school that banned frilly socks from the school uniform on health and safety grounds – because they didn’t like the way they look!

Or a council’s ban on hanging baskets.

Your take away points

Don’t turn health and safety into a scapegoat to cover up for things like:

Be upfront with your customers and explain the genuine reason behind your decisions. Otherwise you risk undermining the genuine health and safety rules that are there for a good reason!

Are you ready to tackle any crazy myths you come across? Let me know if you’ve seen some really juicy ones!