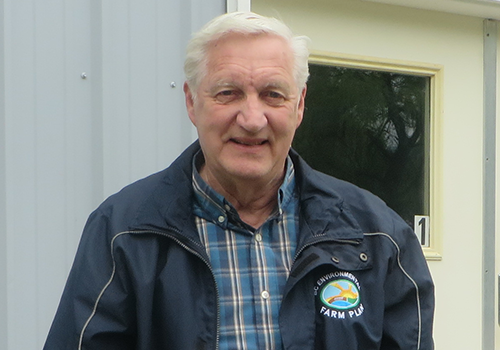 We are deeply saddened by the news that long-time BC Agriculture Council (BCAC) board director, Allen James passed away suddenly on June 9th.

Allen was a passionate and committed advocate for farming and the environment. While poultry was his primary commodity, Allen was an advocate for all of agriculture and a strong supporter of AgSafe.

Allen served as the dedicated Chair of ARDCorp for nearly 10 years. He was also a key participant and leader in both the Environmental Farm Plan (EFP) and the Climate & Agriculture Initiative BC (CAI), having participated with both programs from the beginning. Allen was a long serving member and contributor to many other environmental committees over the years.

Allen was very active in the poultry sector. Over the years he was on the Sustainable Poultry Farming Group and the Biosecurity Committee. He was involved in writing the first edition of the BC Biosecurity Manual and provided input in the latest edition. His biggest contribution to the poultry sector was his role as the BC Poultry Association's poultry representative on all environmental initiatives. He attended every meeting that had anything related to the environment whether it was regulatory, or production related.

As a former teacher and school administrator, Allen cared for the next generation. In recent years he applied this interest to farming by serving as a mentor on BCAC’s BC Young Farmers committee.

The BCAC board has confirmed that Duncan Barnett, ARDCorp Vice-Chair will assume leadership of the organization.

Our sincerest condolences to Allen’s family and friends.