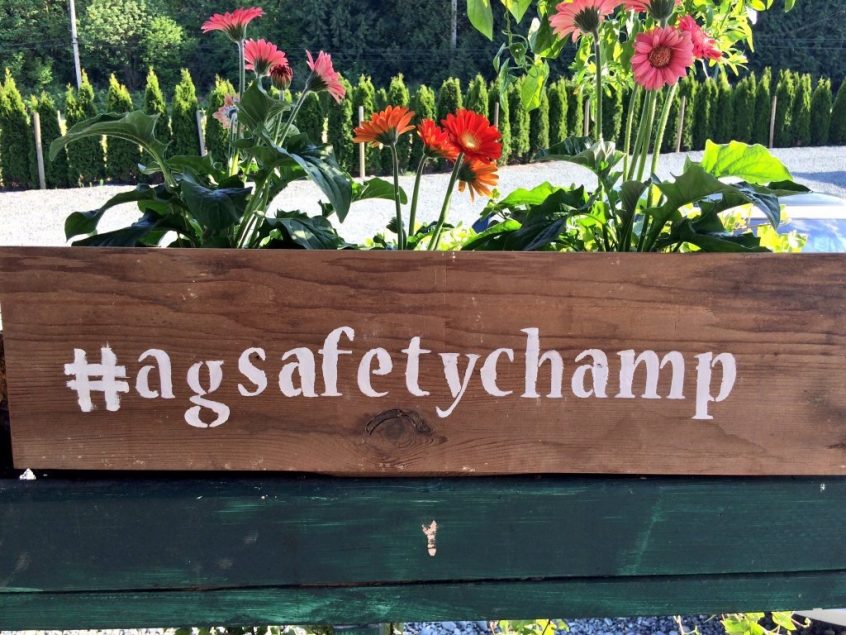 In 140 characters or less, explain how to improve agricultural safety and you could win $50 worth of free gas or $100 in groceries.

A year-long campaign on Twitter, the short-form internet social media feed, has just been launched by AgSafe BC, in partnership with the BC Agriculture Council (BCAC).

It offers a monthly prize of a $50 gas card for the best #AgSafetyChamp postings.

The launch of the contest coincides with Agriculture Safety Week in Canada (from March 13 to March 19), during which nominees were also eligible to win one of two $100 Save-on-Foods gift certificates.

The contest is open to large and small farms, ranches, vineyards or retail garden centres.

Entrants are invited to share experiences, tips, photos and motivation for staying safe or to nominate someone who is a leader in agriculture safety practices.

Nominations can also be made by visiting the #AgSafetyChamp page on the AgSafe website.

One of the first #AgSafetyChamp postings was a tongue-in-cheek message from the Twitter account of ARDCorp, the wholly owned subsidiary of the BCAC, which wrote “Ag safety tip #1…always wear gumboots when puddle jumping!”

The #AgSafetyChamp campaign is B.C.’s first ever Champion of Agriculture Award.

The 2016 Champion of Agriculture Safety will be announced at the BCAC Agri-Food Industry Gala on January 25, 2017.

“Ultimately we want to help farmers continue to reduce the number of on-farm accidents across the province” AgSafe Executive Director, Wendy Bennett said.

“The key to #AgSafetyChamp is farmers helping farmers (by) sharing tips for safety.”

AgSafe BC estimates that over the past 10 years, its safety training and education programs for BC farmers and ranchers have helped to reduce the number of farm fatalities by 50 per cent and accident claims by 27 per cent.