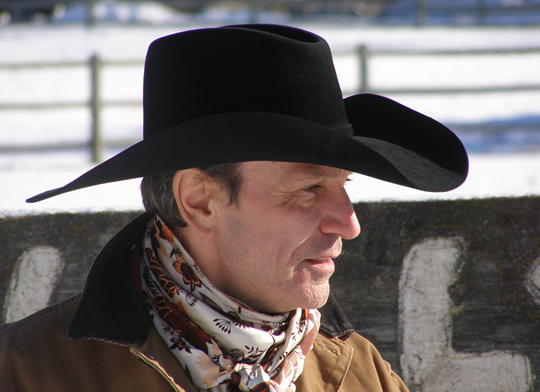 Reg Steward, Beef in BC; January/February 2017

It seems that wherever I go at this time of year, any ranch I am asked to visit or which I get a chance to stop in at, communication is a big ol’ deal and a topic of conversation. What makes it so fresh on peoples’ minds is quickly and clearly indicated to centre around the fall movement of cattle. Many times, the comments or discussions are about the poor communication, and many times this discussion is initiated by a wife or child.

Communication is characterised in these discussions as ranging from “yelling, making humiliating, embarrassing and demeaning comments” and icy stone wall silence. Further, all of this is usually reported to be because someone did not to where they should have gone, been where they could have been, or did not do what they ought to have intuitively known the one yelling wanted them to do or not to do.

Perhaps you’ve been there. Perhaps, in all honesty, you would admit that you have been the person yelling or maybe you identify as being on the receiving end of the humiliation. Not fun on either side. Frankly, most would agree that is is a sad fact that what ought to be the pinnacle time of ranch life and cattle management is often among the worst of times. In some situations, the incredible irony is that among the complaints about communication is the frequent and common complaint that there was no communication. In the telling, the common denominator was often state, “if there was a plan, it was a very poorly communicated one”.