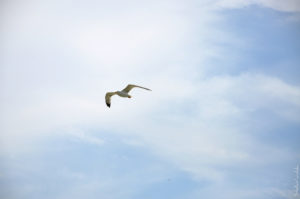 Ammar Keykoni works as a petroleum inspector at SGS Canada.

Originally from Syria, Ammar landed in Vancouver in February 2015. A few months later, he took a 12-week program suggested by DIVERSEcity, a nonprofit association that helps immigrants and new Canadians integrate into their new communities.

The program is Developing Communication and Health and Safety Skills Using English as a Second [or additional] Language and Ammar was kind enough to tell me about it.

“I learned a lot about work culture in B.C., especially safety procedures, knowing my rights and duties, and how to deal with an employer and WorkSafeBC if I got injured,” says Ammar.

“I highly recommend it to new immigrants as well as to workers who need to improve their English and be more familiar with safety procedures in the Canadian workplace.”

It’s four hours a week, free to participants, delivered by the BC Federation of Labour, and funded by WorkSafeBC. Students improve their language skills while covering topics such as refusing unsafe work, using personal protective equipment, applying for jobs, and more. And everyone in these programs get a chance to make new connections and friendships.

“It is amazing to witness how a group of strangers on the first day of class becomes a community of friends by the end of the 12 weeks,” says teacher Emily Hunter. “I love teaching this course because meeting people from all over the world teaches me so much and makes my life so much richer.”

I asked Emily for some examples of questions from people who take the program. She said they ask about dealing with bullying and stress at work, how to protect themselves from getting hurt, what to do if they are hurt, and what they can do if they are fired for reporting unsafe work.

“We know that immigrant workers are one of the most vulnerable groups in the workplace and, along with young workers, are the most likely to be injured or killed at work,” Emily says, describing why it’s important to connect with this group of workers. “When students start the class, many have no idea that they have legal rights that protect them.”

Like many graduates, Ammar listed the course on the resume which led to his current job. He also volunteered as a worker representative on the health and safety committee in his workplace.

If you are interested in the program, you can sign up online. It is usually offered three times a year, in January, April, and September. Private requests for organizations are possible.

Thanks to Ammar and Emily for answering all my questions about this great course.