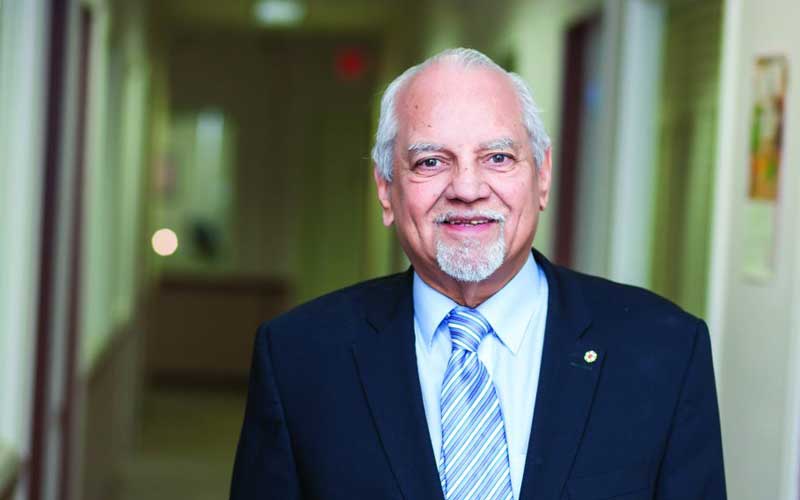 We are deeply saddened by the passing of Charan Gill.

Charan was one of the founders of AgSafe, originally formed in 1993 as Farm and Ranch Safety and Health Association (FARSHA). For twenty-five years he worked diligently with AgSafe to ensure the safety of British Columbia’s agricultural workers.

As our organization grew, Charan’s role evolved into a long-standing position as a Director on the AgSafe Board. Representing the Canadian Farmworkers Union, Charan was the voice for agricultural workers at the table, with a focus on the rights and safety of immigrant and migrant workers.

The impact that Charan Gill has had on agricultural workplace safety in B.C. and Canada is outstanding. His drive to improve working conditions for farm labour workers was unrelenting. Charan founded Progressive Intercultural Community Services (PICS), a volunteer-based organization that advocates for the human rights of South Asian and immigrants working in agriculture and other industries.

Charan’s passion for social justice could not be extinguished. His tireless work made him a pillar of the South Asian community. His personal friends and associates included politicians and high-profile business people - locally, nationally and internationally.

Charan Gill is the recipient of many honours and awards including the Order of B.C.; the MOSAIC B.C. Human Rights Award; the United Way VanDusen Community Service Award; and the Queen’s Golden Jubilee Medal.

Charan’s legacy of activism has inspired many people in B.C.’s diverse communities. Our sincerest condolences to the Gill family and B.C.’s South Asian community, we are fortunate to have had such an amazing person in our lives.

Read Charan’s AgSafe Story to learn more about his role with the organization.